Imagine, if you will, that you need to do something. It can be an important thing, or not, it does not matter. It could be licking a stamp or flying through the air. Each are equally valid for our purposes here today.

Now imagine that you are incapable or unwilling to achieve this yourself. You might not like the taste of stamps after all. What’s to be done?

Well, you might invent a machine to do it. It’s worked in the past. Lots of times. And that single impulse of sheer laziness is pretty much responsible for all human advancement. From the first lever to the latest in AI. Same principle. Only now we are closing in on the final invention – a machine that can invent other machines. We can’t even be arsed to do our own inventing any more.

And what if you don’t need a machine? Or a machine will not suffice? Say, for example, you have a pressing need to indulge in trade – well, you’ll need money – or some means of keeping track at the very least. You’ll need a process, a system of thinking and agreeing and getting the right result. That’s your humanity in a nutshell right there. Machines and processes. What else could you want? Quite a lot as it happens.

What if the machine doesn’t work, for example? Or the process? What if you keep getting the wrong result?

If your telly had no picture. If your car did not move. Would you simply sit staring at the glass in front of you? Either the black reflection of the the TV or the unmoving frame of your windscreen? No. No you would not. And you wouldn’t buy a replacement that was exactly the same – that would be madness.

Edison famously stated that he had not ‘failed’ he had simply found 10,000 ways of not doing it and this only spurred him into further efforts.

Here’s what he didn’t do. He didn’t sell the non-functioning items and expect everyone to sit in the dark – paying for that non-light as they did so.

But that is what we are doing, right now. Sitting in the dark and paying for the privilege.

Take the process of Democracy – is it working? No it bloody well isn’t.

A system designed to produce the best person for the job of leading that country. Currently, however, it looks like this….

Which isn’t the desired result or anything like it. A system  that is supposed to get the best person for the job produces not just a less-than-optimal result but the absolute worst result. And only because it is forced to produce a (loosely) human-shaped outcome, otherwise it would have come up with a box filled with shit. Actually, hold on, that wouldn’t be worse because that works out cheaper to protect, plays less golf and forms speech closer to actual sentences.

But just how do we get these things working again?

Well, to decide that you first have to decide what ‘working’ would look like. And therein lies the problem. We never do decide what working would look like because we can’t even decide who decides. Or what system we might use for deciding who decides or… If your head is pickled right now then I don’t blame you – this is an easy thing on the surface but as soon as you start to move in any given direction it becomes near impossible. So we don’t decide anything at all. We just keep looking at the black TV or we keep sitting in the car. Hoping against hope that someone will magically make the picture appear – or that some mechanic will happen by – madness.

Or is it? Maybe not. Maybe an answer will just appear.

I started thinking, as I normally do, from a sense of deep rage. I get over it eventually but it seems to be my de facto starting point. And the source of my rage was adverts. Not just any adverts but the adverts that appear on my facebook feed. Specifically, the fact that they were different from the adverts on other facebook feeds. I tend to get very few suggested links for certain things and yet countless links for other things.

My facebook profile has me aged at 106 years – so I tend not to get too many adverts for life insurance now and more adverts from these people than I would like.

As well as suggesting incontinence remedies, the Facebook has decided that I am beyond dating but I might enjoy a trip to Canada before it is too late. And who knows? That sounds about right. The point is that the algorithms are aimed at what it already perceives me to be.

I don’t get adverts for relaxing holidays filled with baking, balinese dancing lessons or bull fighting – but I might want to might I not?

The algorithms are complex and growing ever more so but what I cannot understand is why they are always evil and limiting. They seem to have vast computer capacity for finding people who might want to do something rebellious, or finding someone in need of specialised underwear but they can’t find a test that might detect Harvey Weinstein?

Southampton FC (gratuitous plug for the club) are well known for having an outstanding transfer and training set up. They have a room with a little black box in it that crunches numbers and finds bargains in the transfer market before anyone else. They then buy these players and sell them later at enormous profit and therefore they keep their systems a closely guarded secret.

So my question becomes… why aren’t we using these things to solve other problems? If computers and stats can do this you’re telling me they can’t find someone better than this half wit?

It might sound ridiculous but are we not an organisation that needs the right people in the right place at the right price? I will grant that Saints are still in need of a decent striker but this type of thinking seems to work. The problem isn’t too many machines, or automation or AI. The problem is that we aren’t using these things enough.

Given recent events I would almost prefer a machine to be making decisions rather than trusting the electorate. If the machines are that smart then why can’t they be programmed to show me things I don’t already know but might quite like? 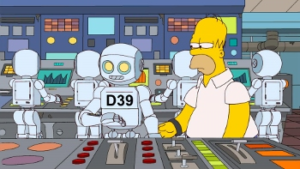 e are, I believe, on the brink of a new age. Now, it can be a new stone age, if we all just lose the plot and start hoofing missiles around the place in a quest for oil, water, the last rolo… or it can be a different age altogether but for that to happen we will have to do something else before we go creating A.I.

We will  have to decide what the priorities are. Either the machines and the systems work for us or we work for them. Which is it to be? And remember, before you decide, that you are 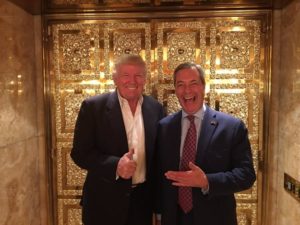 currently working to support a system that produced these pieces of s**t. You are paying to sit in the dark with a broken light bulb.

If you gave the computers the problem – maximise the happiness of humanity – do you honestly think they would come up with the same answers we’re getting right now?

I know people might not like the idea of machines being in charge but I for one would welcome our robotic overlords. They sure are a step up from the clowns we have at the moment and with just a little tweaking you never know – I might be quite good at balinese dancing. Or Saints might find a striker.