People say that a lot, don’t they? Or, at least, they do in Scotland.

We say it about a lot of things and mostly, I think, the phrase has lost all power now. We use it for little things.

“Oh, she didn’t get the part she wanted in the school play” 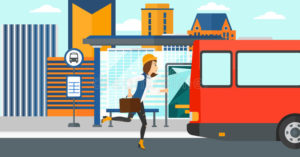 “We missed the bus by a minute”

“She lost her job”

You get the idea. It’s now reserved for the smaller disappointments in life. But Scottish people are a folk with the gift of nuance. And, not being the types to let a good phrase go to waste, we have a variation.

“What a wee shame”

This is specifically held for protagonists who are helpless. Children, the elderly, puppies and the like.  But even then nobody ever says things like

It just doesn’t fit. But it’s really close to what we need. What the phrase used to mean, as far as I know (not far) is that this should be a cause of shame. That someone should be ashamed. Here is an example.

This is Amber Rudd and she used to be the Home Secretary until she finally got ashamed enough to quit. 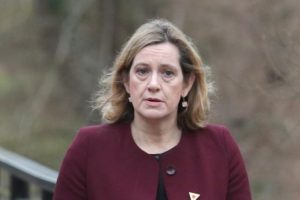 Amber has been systematically targeting people to get them out of the country. She’s made a habit of identifying the Windrush generation and having them thrown out of their home nation back to places they might hardly remember and have no connection to. Despite the fact that they were specifically invited to come to the the UK in the first place.

Can you imagine? Seriously, try to picture someone telling you that due to a lack of documentary evidence you would have to go back to Hungary. Or Libya? Or… anywhere else. Nothing wrong with these countries I am sure but they aren’t going to feel like home when you have spent your whole life in Huntingdon or Liverpool.

No, Lenny Henry called it out at the Stephen Lawrence funeral – this is racism, pure and simple. I can’t be sure of her motivations since we cannot prove what goes through a person’s mind but I strongly suspect that her goals are even more callous than that. Amber Rudd, for reasons of unadulterated ambition (I suspect) decided that not only would she get rid of the undesired but that she would be the best ever at doing so. Targets were placed there to be met or exceeded.

And make no mistake, those targets were (and are) a problem. Amber Rudd knew that, which is why her first instinct was to deny they existed altogether. Unfortunately for Amber that has proved to be an unsustainable strategy.

She finally decided to resign when the Guardian proved that not only were there targets, but that she knew about those targets and approved them. And I am sure there will be those who think ”That’s a shame”.

It isn’t a shame.

I am delighted she has had to resign and I think more people should be forced to. Normally you might say ‘I don’t want people to lose jobs, but…’. Except in this case, I do. It is easy to forget the real victims in these cases because they do not have access to the media on a regular basis. The Windrush generation are having their hour of fame now but how many have suffered before this: Off screen and unknown?

And let us not lose sight of what was actually done here – yes, people were forcibly removed from their home. Yes, they were separated from their families and lost access to their lives as surely as if they had been put in jail. But do not forget those targets. It seems like a detail, but it isn’t.

Terry Pratchett (genius) once wrote through one of his characters the truest thing I think I have ever read. 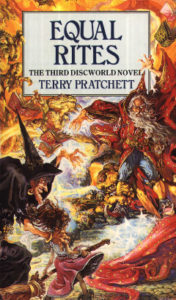 And that is what the tories have been doing. Turning people into numbers (targets) and feeding them into the machine. Then claiming (as all evil-doers are wont to do) that it was an unfortunate outcome of the machine’s processes when people had their lives destroyed or their healthcare removed. What normally follows is a detailed discussion of how to make the machine function better in order to avoid these particular outcomes.

Which is the true evil. The inbuilt presumption that the machine needs to be there. It doesn’t. Where a process, or system, is required it should be a human one. The default position in a Windrush case should be that the individual has every right to be there. It is up to you to prove otherwise.

So, let us have no sympathy for Amber here. She lost her job but no one came to take her away and throw her out of the country. Frankly, there will be those behind the scenes who believe she has been hard done by. That she was just doing what needed to be done to appease the voters – they need to be hounded also.

I have many discussions with friends about things like this. It will surprise you, no doubt,  to discover that some of them even disagree with me on certain subjects. And yet we remain friends despite the fact that I tend to swear and rant and get overheated about things. They overlook my inadequacies and frequent mistakes because they know (I hope) that I have good intentions deep down.

Equally, I overlook many idiocies because I know they are good people at heart and sometimes I dial back (shocking, I know) to keep the peace.

Treating people like objects, treating people as if they are worth less than ‘proper people’ is the ultimate in evil and leads to the darkest of places. If you are an Amber, or a person who supports Amber’s actions whilst standing in the shadows then I will bay for your head from now to the end of time. I’ve written blogs about this before – this time it was was the Windrush generation, next time it could be women, or gay folks, or the disabled… I will revel in your downfall and wish you neither rest nor succour between now and that glorious day. 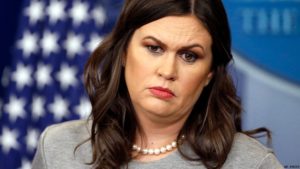 Another individual deserving of no sympathy whatsover. You don’t get to lie for a living to protect another evil liar and then cry when someone calls you a liar.  Although, in her defence, I haven’t seen her actually complain about it

Sarah Huckabee Sanders will happily repeat lies concerning just about anyone from a podium with the white house on it – not even as humour, just as sheer selfish misdirection. So no, that’s not a shame.