Well, that lasted a while. Here I was getting all optimistic about the future following my work last week and now we have the Emperor disbanding the Senate. Fear will keep the devolved nations in line, fear of this battle station.

But they haven’t got a battle station, have they? They don’t have a Death Star, nor the force… not even a lightsaber of any colour. The  Westminster tories are not the evil empire of Star Wars – but only because they have neither the class nor the character to pull it off. This lot are too small to fill the robes.

No. All they have is denial. And denial can’t possibly win in the end. It’s only a solution when the problem is going to go away eventually – and this problem isn’t.

It’s not Brexit. Sure, Brexit is a colossal fuck up, but it’s a symptom, not the cause. It’s a high temperature, not the virus itself.

It’s not independence. That’s been around as an issue for quite a while and eventually it might be an end result of the problem (Note here I do not guarantee it as the solution) but independence, or the lack of it, is not the problem.

The problem, you see… is the future. 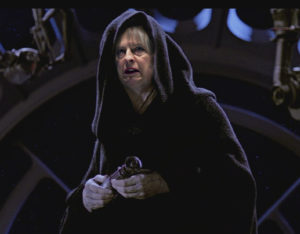 Is there greater inequality? Or less?

Are people happier, in the main? Or are they more frazzled and less tolerant?

Are there more wars? Or fewer?

Think about the things that matter to you, the people who are important in your life.

Will they be safer? Healthier?

Or will there be more austerity, more racism and more hatred?

If you come out with happy answers to these questions then I envy you. Because when I think of these things I extrapolate from the events in my lifetime. And all I have seen is greater inequality and more fear. Yes, more people have cars now but there are also more people (many more) in zero hours contracts who will never be able to own their house. There are people being demonised for being unable to work (if you think they are all shysters you are already lost) or people being demonised for coming here to work.

The NHS is at breaking point south of the border and the answer they came up with was to drive away all the nurses.

If someone worked for you and did a consistently bad job – who made things worse instead of better – would you continue to employ them? If you had a friend that always, always turned up late – would you keep turning up on time? No, because you base future decisions on what you have seen in the past.

Westminster aren’t going to turn this around. They have had decades to do that and only ever managed to make things worse. Money continues to pour into London and the South East whilst the voters continue to return governments that have a vested interest in doing the same thing – time after time after time. They have no reason to change because their future looks okay to them. It is only the outlying regions and nations that look forward with dread.

If you kept winning? Would you change? I doubt it.

Which is what has brought us here.  Worsening conditions require ever greater excuses if the blame is not to fall on those who have been making the decisions thus far. To the extent that now they have to blame other people, as I wrote previously.

I guess that last one is the most important for me. Scotland doesn’t have to be a country where people can be asked for their papers. 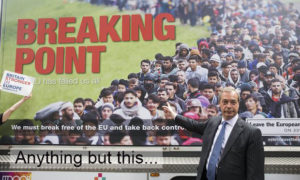 My wife is an immigrant. She moved to this country because compared to her homeland  (France, which was by no means a hell hole) the United Kingdom was a place of energy and imagination – where a young person could take some risks and maybe, enjoy life without an overbearing bureaucracy and a stilted culture telling them to behave.

Now she thinks differently. The imagination and friendliness are gone for her and our discussions are of moving back to France regardless of any referendum or deal on Brexit or the like.

The culture has changed. I am not having my children grow up in a country ruled by people living in a state of denial that there is anything wrong. A ruling elite that seems to think they can just carry on ignoring the people being left behind.

I am writing on this blog following Theresa May’s announcement that she won’t be ‘allowing’ a second independence referendum for Scotland; Despite the mandate handed to Nicola Sturgeon and her coalition government by dint of their manifestos. But that isn’t the reason I mention it.

The important part of that last paragraph is the word ‘blog’. I am not writing this on Facebook because by doing so there I might as well be daubing the words on the side of my house.

My friends would already know how I felt and those who disagree (some of whom are also my friends) would simply walk past or daub a retort on the walls. Moreover, screaming at your friends and neighbours either on Facebook or on bricks is simply creating more screaming and not more understanding it seems. So, if you want to discuss this please do not put things on facebook; Particularly stupid pictures of Theresa May dressed as the Emperor or Nicola as Wee Jimmy Krankie. If all you have is a meme then don’t bother and if you can’t email me or call me or, horror, talk to me then what makes you think my reading your facebook post is going to help?

I’ll be posting in here from now on. If you want to get in touch  to agree or disagree then my email is steakerz@gmail.com

Over the last little while I have been talking to a lot of people. Not with just one aim in mind you understand, but as a result of having so much on the go at the same time. Regular readers of this page (I am assured there might be as many as two of you) will know that I do tend to bang on about politics a bit. Not as much as I used to, but a bit.

Combine that with a media career and what you get is someone who talks to a lot of people about a lot of different things so when somebody asks me that question; ‘What are you up to lately?’ I hardly know where to start.

So, I’ll start at the end. Which is where things sit right now…

Amongst the many ideas on the slate at the minute are;

As proof-of-concept for a comedy feature. If I say the words Baseball bats and Scotland – it’s exactly not what you thi

nk it is. We are putting together a kickstarter for that short and all I need to do is sit down and write the thing. If you liked Electric Man, you’ll like this. And no, it isn’t in the style of Ronnie Corbett. And neither am I. And now I’ve put this photo in here I do somewhat regret it. Moving on….

ETA: Filming after the summer holidays

I have had a first draft of this ready for a while and since we are heading to London this May for a few meetings I shall be putting this out to a single trusted reader to get it in shape for May. We spent ages talking to industry figures at this year’s Glasgow Film Festival. My wife thinks I just go for the cake and wine and I do, but the talking is also work, trust me.

Anyway, this year we are going full on – we want to get some film making done no matter what – of course this isn’t the perfect  project  given that it is set in three different time periods in Venice, Lyon and London. So, you need to go where the money is. Glasgow is lovely for meeting people and it gives you no guarantees when you get a meeting in London but at least they might actually read the script and as a writer that’s about the best you can hope for.

ETA: Meetings in May

Half my week this week has been talking to people about a documentary we want to make. And to be honest this can be both uplifting and infuriating.

I spent three hours being told what kind of documentaries we couldn’t make in a meeting with STV at Film City in Glasgow but you never know we might be able to get a good story together to fit in between episodes of Coronation Street – I wish I was joking but you need to make it half an hour so that it fits between two episodes. I will keep you updated on that. I didn’t even know that there were two episodes in one night. 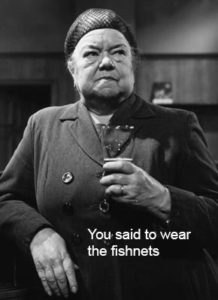 Is the second one a kind of, after-the-watershed, fifty shades of Corrie?

Anway, the STV opportunity is open to people who have had publicly shown documentaries at festivals or on TV and you can find out about it at the Scottish Documentary Institute. They are worth checking out if you are that kind of film maker even if you don’t currently feel like making a half hour programme that suits viewers of Corrie.

So Friday was kinda frustrating. I went in with three ideas only to discover that of those three only one of them stood even half a chance. Hey ho, that’s the business. I go in for lots of things and get about 1 in 10. The next day was better though.  Our documentary idea is about the future and how that future need not be the dark and bleak thing everyone seems to think it’s going to be. Having just begun the research (fitting it in between other jobs) I am more hopeful than I have been in ages.

A few weeks back I spoke with Professor Colin McInnes from University of Glasgow. You think you are clever until you start talking to people like him. He’s an expert on solar sails and holds the James Watt chair currently. He said something that I hadn’t thought of before. In a conversation about the future of the planet he said ‘Artists are all doom and gloom, engineers are all optimists’ because…

Give engineers enough time and money and they’ll fix anything

Now, he’s an engineer and so I thought he might be a bit biased. Then yesterday  I went to talk to Mark Stevenson: this was just a chat and he wasn’t talking ‘on the record’ or anything but I hope he won’t mind me plugging his show a little bit. He’s just written his second book and that’s great but he also makes a living talking to organizations and governments about the future. Because he sits and thinks about it whilst they generally don’t. I have started his first book and I heard the talk and it cheered me up no end. 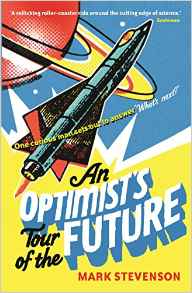 It takes him an hour to tell you that we might, just might, be not-fucked. The future can be beautiful if we just let it be.

Highlights were…. people are making diesel from air, the next generation (and some of this generation) should be able to live healthy lives and reach 120. Oh, and there is no need for famine at all. The books are seriously worth checking out. I wanted to make a documentary about how there is a possible future that isn’t a shitstorm – then discovered that there are people all around the world actively inventing it at a rate that would bamboozle you. The talk was the first event in a long time where I walked in feeling one way (a bit meh) and walked out feeling like there was a reason to smile.

ETA: The future – Sooner than you think.