I have been thinking a lot lately and not in a particularly pleasant way.  The world just seems to be full of misery and woe and Januaryness at the moment and I have been having a hard time just reconciling the fact that this is actually what life is like. You know, some nutbar walks into a school in Florida, or there’s a group of men doing terrible things to children in some northern English town or they just keep bombing in some place that is already rubble because there might be a few kids hiding in there – daring to dream that someday it will be their rubble. Even the smaller things that you shouldn’t worry about like… money. You discover that the people who are in charge are just taking it all and people are homeless and… fuck, it just depresses the shit out of me. Everything was depressing the shit out of me. Until I thought of this monkey…

See, there is an inherent understanding of what is fair or right. Which is what baffles me currently about the world in general. We seem to be losing that innate knowledge – or, at least, we are developing very different definitions of what the words mean. Which is why I believe certain things are all but inevitable.

1. Capitalism will struggle – Specifically the late capitalism we are currently undergoing. Early capitalism was all about the actual ‘capital’. Who controlled it, who owned the means of production and all of that good stuff. And just like always it started out as a one-sided affair. But a growing inequality cannot withstand education and information. There has always been inequality – you can go back to the dawn of time and find nothing but inequality. Go back as far as you like and as soon as the tribes start to get beyond a certain size then you start to get inequality. And it is always the weakest who suffer. Every time.

The growing inequality endemic to the system as it stands cannot possibly hold. In the past this was dealt with through the rise of the unions, or in some countries, the rise of the people. In this modern world that seems ever less likely to happen. Even today they are still trying to weaken unions in America.

Every day there seems to be another story demonising the poor, or calling benefit claimants ‘scroungers’. And every day the rich get richer whilst failing to understand that the actual amount of money anyone has is not the point. No one is expecting equality of finance overall. It’s a tricky concept right enough… How to explain it?

People like these fine individuals. I don’t think you’ll find many people who think Ronaldo (of Real Madrid’s first eleven) is inherently more valuable than Rhona (of Ward 11). Quite the opposite I imagine. And were I to find myself in Ward 11 then Ronaldo is likely the last bastard I would want to see. It used to be the case that a football player was worth the same as a nurse, then it went to being a dozen nurses and now a football player can be purchased for about the same price as a hospital wing. 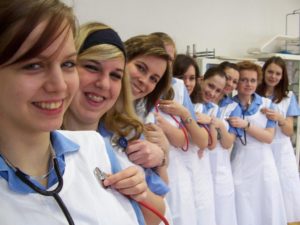 Bores in the pub to one side however no one is particularly moaning about how much football players earn. They have a saleable talent and they charge what the market will bear. That’s a free market economy. What tends to grind the gears though is when Rhona gets paid less than Ron. And that’s true in any walk of life. It’s not the amount – it’s the difference in amounts for the same work.

And even monkeys have the good common sense to stand up for themselves when they are being dealt a bad hand.

Which is why, eventually, things will change – the imbalance is too great and you can’t have a permanently imbalanced system that is sustainable.

Which is also why…

2. Feminism will rise. It has taken longer and that is shameful but this is inevitable. For centuries women have been subjugated by men and in some places lots and lots of them still are. I know you might not want to believe this but things are actually a lot better than they were. But that’s not the point. Telling the first monkey that she used to be happy with her cucumber isn’t going to calm her down now. Nor is it helpful to point out that a cucumber is a fair price for a rock and that the monkey is no worse off because someone else  is better off. You can try telling women that it used to be so much worse and they will (rightly) start throwing the cucumber back at you. Because they know what’s fair…  and better doesn’t equal fair.

Looking at unfairness and seeing it as an imbalance to the system that creates unsustainability lets you examine a lot of issues with a clear eye. 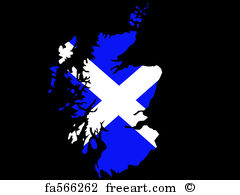 3. Independence for Scotland – can’t be denied if that’s what Scottish people want in the end. Equally, you can’t deny anyone’s right to say what they think.

4. Brexit – Not an imbalance in and of itself but it will create many, many imbalances in the short and long term. Ireland will be an imbalance; either because it has placed a stupid idea over a sensible idea (Brexit over peace) for unsustainable ideological reasons or it will be an imbalance because one part of the UK remains in Europe. Can you imagine how we Scottish monkeys are going to react when we get cucumber and Northern Ireland gets grapes? Not to mention the long term imbalances that will occur when Europe leaves us behind.

5. United States – will return to sanity as the balancing forces emerge. The whole country was predicated on the (somewhat illusory) idea that if you work hard then you can be as successful as the next person. Sure, it often had a fucked up way of doing things but in general you weren’t allowed to mess with that. Just taking stuff is frowned upon and since that is what Trump thinks he can do then he will soon see the pendulum coming the other way. They are swinging back towards the rule of law and we can all have a laugh when they finally get rid of the orange goitre in the White House.

Is it possible to get rid of unfairness ? – I want to, but I think what was depressing me was that the old adage ‘Who ever said life was fair?’ tended to be more true than I could handle. Only then did I discover that there was unfairness I could do nothing about.

I was looking for something to take my mind off all of this. Something that lets me indulge in armed assault of inanimate objects in a safe and harmless fashion. That teaches me to be calm. I picked Archery.

I am dreadful at it. Seriously bad. Until last week I was still missing the target altogether and sending the bloody arrows down the other end of the hall without troubling the buttes. Everyone is very polite and they pretend not to notice how shit I am by pretending to be busy but… I know. And it was even worse last week. I was finally getting somewhere (at least it was mildly better) but I was shooting next to this guy who was over six feet tall, younger, skinnier and with long hair. We were collecting our arrows and I noticed that bad as mine were  I could at least say they were in the circles. Nowhere near the bull most of the time but in the circles.

How shallow of me to take a small pleasure in that and it serves me fucking right that I was brought low at the very next end. All his arrows were sprayed in a line and not one of them had hit the circles again. Also, he had managed to hit one of his own arrows – splitting it in two like Robin Hood or Merida.

He wasn’t aiming for the fucking circles! There he was looking like Legolas with dark hair. Being all better at archery. And nicer. And better looking and younger! It’s just not fair.

Of course, unfairness cannot stand against information and education as I said earlier. So I know just what to do.

I could spend years and months training at archery whilst wearing high heel boots or… I think I’ll just chuck cucumbers at him instead.

In the end. When you get right down to it. Being as honest as I really can. Being right up front about it, laying it all on the table, no holds barred, just… putting it all out there… we’re all a bit shit aren’t we? Really. I mean, being honest and all. We’re just not… how shall we say it? Well, we’re just not up to snuff. Not performing like we should.

Now, now, now I’m not talking about you being too short or too white or too.. whatever. That’s not something you can control. And don’t think I’m having a go, far from it. If anyone is to blame it is me, not you.

No, I’m talking about the latest scores. We’ve all been just a little bit below par have we not? I am sure everyone is aware of the targets we set at the start of the year.

Didn’t we all promise to be better people? Lose weight? Learn a new language? Get that raise? Promotion? Wasn’t some mention made of making the world a better place? 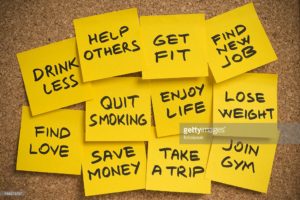 … but maybe that’s a good thing.

I wonder what the world would look like if we all managed to achieve our outlandish dreams?

Not entirely sure NASA has that much space in the capsules for all the would-be astronauts to be honest. I know that Jamie Dornan and Scarlett Johansson are time limited – there’s just no way they can have dinner with all of the people that would happily pay. So… good years are scarce. And yes,  it’s been a while but just what would one good year, one really good year, look like exactly?

But isn’t that the problem?

Aren’t we all just looking a little bit beyond the horizon?

I mean, I have just had a great week. The first really good week of 2018 and I hope that I don’t live to regret this hubris but I have high hopes that 2018 will finally be a decent year. But it isn’t Kate Beckinsale… and it’s not going to be. I have had a good week because I did a music video with this 20 year old kid who is just brilliant. He grew up in care and he doesn’t have the same spoiled outlook that other kids have. I might be able to put a link to his video later but I love his attitude. I also heard that Dave and me might get to go to a war zone and film some stuff happening to kids in the right here and right now. And that is painful, but brilliant. Yes, I will sign up for that.

Do I like what is happening? No. Do I like the fact that I am doing something.. anything, hell yeah.

Hmmm… this is strange and perhaps I am too fond of gin, but… if you ignore the noise, ignore the nonsense and just keep on trusting your values… maybe this could be a good year.

Unless you’re a *Trumpet in which case fuck off.