I want to talk about the world at large, I really do. I want to talk about Trump and Putin and the middle east and the stuff on all continents. There’s trouble in Africa and South America – Christ, There’s even trouble in the arctic -we might all be underwater soon, and no one is doing anything about the asteroid threat – we might be wiped out at any minute.

So… there’s all that.

And there’s my girls.

You haven’t met my girls. They are fucking amazing. 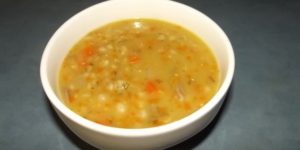 My mother makes the best soup in the history of soup. Even my daughters say so and they hate anything that isn’t promoted on youtube by a Californian teenager.

My wife teaches children -and not just our children – she’s just a teacher. Which says all that needs to be said

My daughters are creatures of pure empathy. They worry about others – they don’t even understand selfishness yet. They are 10 and 8 years old.

And I haven’t even mentioned my friends:Some of whom have put up with my shit even longer than my wife has (although not longer than my mother) and they still all count me as a friend. Some of them deal with kids, some deal with criminals….

These are my women – I would love to show you pictures of them – and frankly they deserve that level of recognition at the bare minimum but with the world being what it is they shouldn’t have to endure pain just because they happen to love me.

And they do love me. I know this.

It is the one thing that keeps me alive.

Their love is like gravity – you don’t see it, you don’t even feel it. It’s just there. It keeps you grounded, it keeps you attached to the world.

And they do love me. I know this.

Which is all very well, we have heard such platitudes before, but what’s the point?

Well, I am glad you asked. Why, indeed, do they love me?

And the answer is not a popular one. The answer is…because I am a man.

We’re not that creature… are we? 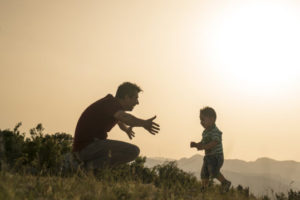 Yes. Some are… wankers. And then… some are even worse.

But for most people. Let’s be honest… for most girls… their guardian, their protector… is a bloke.

I look at my girls – all of them (daughters, wife, mother, friends) and I am speechless. They render me wordless in their perfection. 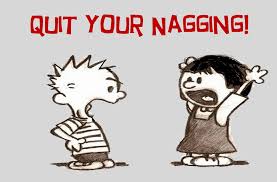 Yes, you can criticise men – and you are right to do so – we’ll take that.

But here’s what else we’ll take.

We’ll lift you up.

We’ll stand behind you.

We’ll do all of these things because we love you. Because we are men.

Men get a bad rap. But I see all my women  – and I know I would give my life for them. Not in any metaphorical sense you understand. I look at my daughters and know… I would gladly die for them.

They don’t even have to ask.

That’s what men are.

Turn around. And ,if you have a man in your life, take a look at him… chances are he’ll give his

life for you, he will lay down and die – because men are like that.

We can be better,  you need to help us, we can be…

I have a sister. She frequently talks nonsense but I do remember one thing she said that was right. She has no idea why. She likely can’t remember saying it. And I’m not telling her.. so neither should you, but what she said was this..

‘You should have kids. It would be the making of you’

And she was right. My kids taught me what love was really was. That one simple lesson that I had managed to go 40 years without learning fully.

They are both girls and I am prouder of them than anything.

You will not be seeing photos of them here. Because… well… because the world is full of men.

And lately that is a problem. We have seen over these last days and weeks that there is a fundamental flaw in the make up of the world; that there is something wrong with men. Not all men, no, we can’t say that it is all men – just some men. But that’s enough isn’t it? There seem to be enough broken ones to have a look at the production process. There are pests,  predators, those who hurt with their fists, those who use their power and those who use weapons.  I used to work in a phone factory as a quality control inspector and we wouldn’t 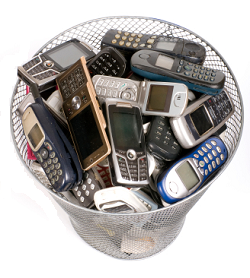 e put up with this level of malfunction. In fact, in any given shift, it went like this.

One bad phone – note that down, let the supervisor know.

Second bad phone – Hang on, let’s have a meeting. Is this the same problem? Is it likely to happen again?

Third bad phone – Stop production. Recall all the phones made that night. Check them all. Every. Single. One.

And society seems to be churning out a lot of broken men. Maybe we should look at the production line? Maybe it is time for a meeting? 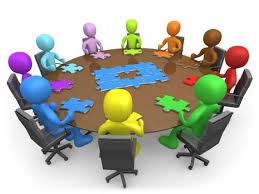 Chair: Right, the agenda is… all these broken men we keep producing.

Men: Absolutely! Let’s get this sorted out.

Chair: Good oh. Has anyone got any ideas?

Men: Well, I think its obvious is it not? It’s a manufacturing issue.

Men: Well, who is actually making these broken units? Where are they coming from?

The fact of the matter is that we have been churning out broken individuals this whole time. And where phone production has a distinct advantage is that there is at least a blueprint to work from; An example of a phone that works perfectly well – the desired outcome is a known factor. That doesn’t seem to be true of men. You see there are many aspects of men that are laudable and desirable and some that are the exact opposite. It is unfortunate that people don’t seem to agree on what goes into each category. Nor is it handy that the  category definitions change over time.

Chair: This is hopeless. Can we just agree on what they should be like?

Men: Well, you’ll want them rugged, durable. You want them to last.

Women: That would make a change.

Men: See! There you have it…

Women: One that vibrates is fine.

Chair: This isn’t helping at all. What do you want?

Men: Hold on. Are we still talking about Men?

Women: We might have lied about the size thing. But otherwise, yes. Hate to say it but this is a design issue.

In Western societies men are badly designed and badly produced. A great many of them are fundamentally unfit for purpose – if they only knew what that purpose was. I am certainly not going to define the purpose of all men here – and I am even more certain that I am not defining what qualifies as sexual harassment. That’s for women to decide but then, and this is important, it is for everyone to engage in implementing the results.

You (and your gender is irrelevant here) are part of the system. Everyone seems to be running around trying to throw the blame somewhere but can we just stop and take a step back?
This didn’t just happen last week – this has been going on for ages. Yes, men are broken but so is the society that produces them. They don’t take us away in primary school to give us special classes in being wankers. We are raised by the same parents girls are raised by.

So, why is it then that when men malfunction it ends up being so much more painful for everyone else? Las Vegas shooter, Harvey Weinstein, Stalin…

the list is endless. And all of them wankers of the highest/lowest order.

Clearly, the same upbringing and the same environment just isn’t going to cut it. Men are going to need another way of working and another way of being.  They used to have things like rules and duty and responsibilities to keep them out of trouble. There was a clear goal and a path. They could look at other models that had come off the production line previously and copy that.

But lots of those early models were broken and so they were copying the errors. In fact if you want to see what copying errors looks like on a systemic basis then you need only look to those societies where the rules have remained the same.

Now I know what you are going to say. Well, women don’t go psycho crazy. We have needs but you don’t catch us abusing our power. Why should we have to make allowances for men?

You make a good point but here’s the thing. Whilst that might be right it isn’t getting us anywhere. Blame never fixes anything.

Say, for example, you buy a new phone and it is faulty – which might not be obvious right away. That shouldn’t happen. This is a new phone and you should be able to enjoy it. It just shouldn’t be faulty. And you can moan about it. But moaning won’t help – nothing will change. It  now needs to be fixed, or replaced.

The thing we need to remember is that the problem isn’t all men (in this society or any other). Some of us (the vast majority) looked at the previous models and decided not to copy that design. The vast majority of us aren’t abusing our partners or shooting people or raping people or doing any of the other horrific things men are capable of.

Yes, there should be some new rules but if you think you can change the fundamental nature of men I think we are setting ourselves up for failure and losing a great deal in the process. If we are going to put flirting in the same box as serious sexual predation then two things will happen.

If you think rules can override sexual impulse then you haven’t been paying attention – no abstinence policy in the world has ever worked and societies have been systematically trying to erase homosexuality since the dawn of time. Never works. Ever.

Can we not just look at the process in a logical fashion – what we are trying to get rid of is the abuse of power, not the sexual attraction bit. What is needed here is more (and earlier) quality control. A means of identifying broken units and fixing the problems before they get catastrophic. A means of reporting issues that actually gets some action and a more open manufacturing process – one that doesn’t produce the same old faulty units but creates men you can communicate with that don’t explode and maim you if you push a few wrong buttons. Can we have an education system (society & family) that teaches men about both sex and power? Can we get rid of the puritanical shame so that men can be taught these things at an early age and not have their emotional education left to the football terraces and internet porn?

Every other problem on earth seems to be solved by education except this one – why?

I will be returning to the concept of broken systems in my next blog but for now can I just leave you with this.

You might not like the song or the people but loads of other folk do so a decision has to be made and once that decision is made then education follows.

What men need is the ability to know that ‘You make a dead man come’ is suitable in some places and not in others. Having a fun encounter on equal terms? Fine. Working with someone who has less power than you? Not fine.

What we don’t need is to be getting rid of rock ‘n’ roll.