It is unusual for me to go a month without finding some new outrage to witter on about. Might be Grenfell, or Brexit or the latest Star Wars movie. I am a man for whom moaning comes easy. There may well be internauts out there somewhat surprised, therefore, that I have not yet weighed in on this… 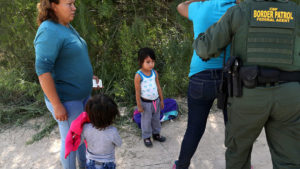 I speak, of course, about the heinous treatment being meted out by the Trump administration to families seeking asylum in the USA and the horrific images we have had to endure. It makes me weep for humanity, it really does.

Strange that I have not seen it utterly essential to add my small voice to the wall of outrage, raising the cacophony a smidge. But not strange really. I tend to write only when I think of something that is not being said, or an angle that is important but getting less attention. 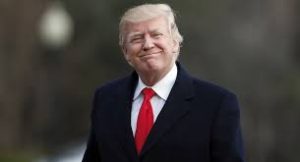 is getting all the attention there is. He is, rightly, castigated across most channels and in any civilised country. Even amongst the varied church that makes up my roster of friends there seems (at long last) to be unanimity. No one, but no one, I know is defending this evil .

And then there are the people I do not know personally. The brain trust that represents trump supporters. 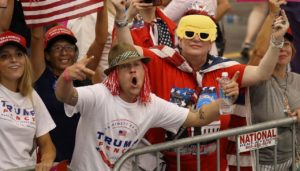 On Fox news they are trying to defend Trump so that these morons will have something to say. And they have come up with two main defences. It will stun you to know that neither is actually a defence.

Oh FFS! It doesn’t matter how nice the place is. Anywhere a child is kept away from its mother is a hell. You have placed an innocent in hell. There is no punishment worse for a child than taking away its mother. I work with kids in care and I know social workers and probation workers. Children will accept almost any conditions to stay with their family. The trauma you have caused will last a llfetime.

Technically correct this is the most dangerous piece of nonsense yet. The reason no one was prosecuting these people before is that it makes no bloody sense. Yes, they are committing a crime but the Trump administration doesn’t care about that and, anyway, protecting the law isn’t the point of the exercise. Imprisoning people costs more than just about any other option and does not have to happen but Trump morons cite this defence as if it is cast in stone. As if it cannot be questioned. But that’s because they are morons. The actual crime is classed as a misdemeanour; A lesser crime.

They are doing this because their base is terrified of brown people. It’s that simple.

Should you come across this defence…

Wikipedia to the rescue

Depending on the jurisdiction, examples of misdemeanors may include: petty theft, prostitution, public intoxication, simple assault, disorderly conduct, trespass, vandalism, reckless driving, discharging a firearm within city limits, possession of cannabis and in some jurisdictions first-time possession of certain other drugs, and other similar crimes.

Have a look at that list. See anything you’ve done? Or that you might even do by accident?

What is happening to these poor families is akin to you going for a night out, getting blitzed and waking up to discover that you are now in a police cell. Fair enough, you might think but then you are informed that as part of the punishment for your public intoxication you will never be able to see your family again. Ever.

A life sentence for a small infraction is cruel and unusual punishment in anyone’s book.

Use this to your advantage. And if you find anyone that defends these actions then cut them from your life instantly. They are cowards. You neither need them or want them.

To be racist is to be weak. To blame your faults on one other person is weakness. How weak must you be, how flawed and useless, if you need to blame your limitations on a whole race?

How cowardly must you be to need to hurt her, just to make your self feel better?