In a way it is entirely unsurprising that it took me this long to formulate this notion but it is  fairly ironic that what I am about to propose has been around for a while and I just never noticed the possible connection. The thing I am talking about is…

As much as they tend to dominate TV series and they are handy with swords they are of very little use in the politics of these islands.

They do, however, exhibit the one trait which might be useful, a trait shared with…

Bombers. No, you don’t need bombers any more than you need swords but what you do need is what they have in common.

All across the world the bad guys are using stealth to advance their principles or their agendas. They are achieving their ends not in a single bound but by moving slowly – a step at a time.

Every new law on privacy takes a little from the population and places a little more control in the hands of the central authority. Every new bill that gets passed, every new policy… designed, not by any Illuminati but rather moving through general principles – across longer periods of time. Like evolution.

Don’t believe me? What about the NHS? That’s not being privatised all at once – No, no, no. But small parts of it are outsourced, mere admin in the beginning, or laundry, or catering and eventually it is ambulance services, then you can move on to testing and… you get the idea.

And just as I was writing in my last post that the Tories are somewhat stupid for not stealing the other side’s policies it occurred to me that perhaps the independence movement are being stupid as well.

If you think Scotland should be an indepedent country then that is an agenda that you would want to move forward. Why not use the same techniques they use?

Much has been made of the birthday honours list this year. But let’s look at it from a Scottish view point. I have heard many rail against these fellas… 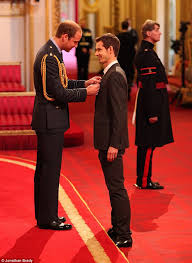 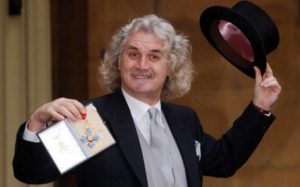 Now, I grew up listening to Billy Connolly and rolling on the floor laughing with tears in my eyes. There were tears of a different sort when Andy Murray finally won Wimbledon. He cried and so did I. They are pictured here accepting accolades from the royalty of the United Kingdom and that rubs some folk the wrong way. Personally, they are currently citizens of the UK and perfectly at liberty to accept such rewards are as on offer.

But what if there were Scottish ones? Don’t you think they’d be pleased to accept them?

Westminster and the English throne have excelled at soft power for centuries. That’s not just me saying it, even Angela Merkel is in awe of the pageantry on display in London. Even the insane clown Trump seeks it out.

If you want to be thought of as a country you have to have this kind of thing. Does it have to be so ostentatious? No.

Does it have to be the old boys network?

What it does have to be is visible. Visible and desirable.

There should be some pomp when you reward people for services to Scotland. It works.

Scotland has already started the process by setting up offices in foreign countries to promote interests, culture and industry – a fine start. Now it should start behaving like a country so that by the time everyone figures out why the mood has shifted it will be too late and they’ll be saying

“How the hell did that happen?”