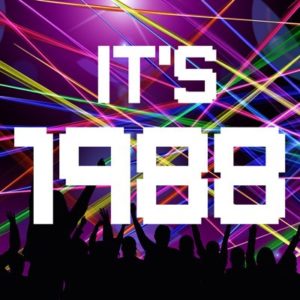 Nope. it’s 30 years later. Which, despite being the most logical, inevitable and obvious thing in the world, I never saw coming.  Back then it just didn’t seem feasible that the world would reach 2018 at all and (when regarding it in the round) the imminent demise of the planet and human civilization had its pros and cons. Sure, we had all come to enjoy breathing and living but then some of that air was being used up by people like Bros singing ‘I owe you nothing’.

So, swings and roundabouts really. Yes, we were all living with the certainty of eventual incineration by apocalyptic nuclear holocaust but, you know, a world that can produce Die Hard can’t be all bad.

Looking back on it from a distance though 1988 was a very seminal year. Some stuff happened in 1988 that you never noticed at the time even if you had reached an age to give a shit.

I’m glad you asked. Many of you will not remember 1988 in any great detail but you should because 1988 was the year we got the warnings. The faint tremors before the main quakes or, (for film fans) the ripples in the glass before the T-Rex turns up. You will be surprised (I was) to realise that back in 1988 the internet actually existed – The World Wide Web didn’t but the internet did and to celebrate that a guy created the first computer virus. It was called The Morris Worm after its creator and the poor chap had intended to map how big the internet was but only ended up shutting lots of it down for days and weeks. It cost millions.

That one event kinda sets the tone. Was it an existential threat? No, but it wasn’t a step forward either.

Like any year 1988 had its good and bad, mostly bad. If you give a vague description of something that happened that year then you could be talking about most years since.

Massive oil rig disaster – Piper Alpha in the North Sea, 165 lives lost but, you know, Deep Water Horizon and all that.

Plane downed by bomb – assailants unknown – No, not Flight 307, Flight 103 over Lockerbie.

Famous singer dies – in 1988 it was Roy Orbison but there have been a few since.

Americans put half wit up for election… 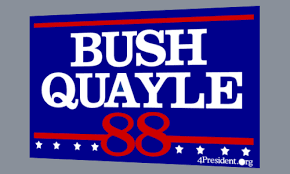 But it wasn’t all bad. Or, at least, we didn’t think so at the time. Mikhail Gorbachev instituted an idea called Perestroika and the chances of that atomic annihilation receded somewhat. It led to Glasnost and eventually the Berlin wall coming down.

After causing a million deaths the Iran/Iraq war finally came to an end.

The soviets withdrew from Afghanistan and the first episode of Home and Away aired. I will leave you to decide whether these were good or bad.

It all sounds so incredibly distant and yet incredibly familiar at the same time doesn’t it? Even when humanity starts to fix things it just seems to be a precursor to f**king it up in a slightly different fashion.

This was Northern Ireland in 1988.

I lived in Northern Ireland for a time, slightly before these events, and I remember this one vividly. It faded though as it was subsumed by its own consequences – there were counter attacks, reprisals… it was not good. 10 years after this the Good Friday Agreement was made and now, for the sake of brexit, it is all under threat. Moronic politicians in their London bubble who seem to think of a hard border as a minor inconvenience need to have longer memories. This was not a minor inconvenience. I have visited Northern Ireland since and in a tour around the town the guide stated in bubbly Irish brogue.

“You come at a wonderful time in our history. No one is getting shot these days. it’s brilliant”

That was one that was fixed and is being f**ked up again. There is some stuff that happened in 1988 that hasn’t been fixed. You won’t recognise this guy 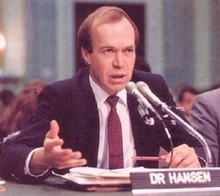 This is Dr James Hansen in 1988. He looks a little different now but he is still kicking around to see the fruits of his labour – which I am sure he would love if there were any. What’s he doing here in this photo? He’s telling Congress that climate change is man made and is an existential threat to the planet. Or at least, to the humans and other animals fond of air, water and temperatures lower than Venus. 30 YEARS AGO!

We’ve actually known about global warming for a lot longer than that but this was the first time someone had spelled it out and put the science together in easy to understand language. 30 years and we are in worse trouble.

Why? Because we aren’t very good at seeing the big picture. We aren’t inherently honest with each other or ourselves. And when we do try and be honest people tend to look at us as if we are insane.

Back in 1988 the internet wasn’t ready for Facebook and the only way humans could get a raw and unadulterated look at themselves by shouting at each other was through the only type of social media we had back then. I give you Talk Radio.

Why not have a listen…