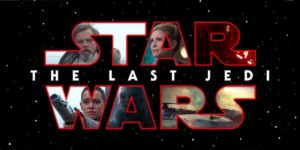 This is a review of StarWars; The Last Jedi – there be spoilers. Also, I might take a while to get to the film itself – so consider yourself warned on all fronts.

In 2004 I was taking serious drugs. Hardcore opiates.

And I can report that Oxycodone is bloody lovely.

Of course, I had a smashed leg and broken ribs and open wounds, so I had an excuse; Car crashes will do that to you. But the oxycodone was equal to the task for the most part and I do recall being left alone in the apartment one morning, taking my pills, and then staring at a crystal vase on the window sill as the light fractured into the most beautiful rainbow stars. It was 8am.

The next thing I knew someone was bringing me lunch.

Oxycodone is that good. It can make just about anything bearable.

Lost was the big hit that year. And the trailer was enough to get anyone interested. A plane is pulled apart in mid-air, people scream and then they are all stuck on an island together. Who wouldn’t want to watch that? It is a helluva hook.

But even with the oxycodone and the fact that I was immobilised on a couch I still didn’t want to watch Lost. I started watching it, sure, but gave up about half way through the second episode despite J.J. Abrams best efforts to keep me intrigued. 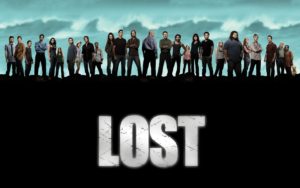 Because opioids or not it was abundantly clear to me that JJ was going to spend a long time bamboozling me. Ages, in fact. It seemed all too apparent that this was going to be one big long tease and that the pay off to make that tease worthwhile would be beyond the abilities of a mere TV show.

Remember, I could be taking drugs and watching light refract through a crystal vase here so the bar was set pretty high.

And now JJ is at it again with Star Wars. It isn’t as obvious as Lost was but it is the same technique.

The Last Jedi is an okay film – and my sympathies lie with JJ and Rian. This is the franchise that invented franchises (almost, but then Bond never inspired a dedicated fan base or much in the way of cosplay) and this is the one that started the merchandise model of business. Star Wars changed lives and it changed how we looked at cinema – it’s a shitload to live up to quite frankly and anyone who takes the job is on a hiding from the get go. In any other franchise you would get away with it but not Star Wars.

Having watched it twice I can see what they are aiming for- the entire film is designed around the idea of moving on; killing off the previous heroes and bringing it back to a base line; reducing it to rubble so that it can be built again new and fresh. They aren’t getting rid of characters just for the sake of it and I suspect that even without the tragic loss of Carrie Fisher the character of Princess Leia Organa would not have survived the next episode.

The film does many things well – it raises the profile of all the female characters and plays on the theme of what a hero is. I enjoy all of that. I also enjoy the start of the movie, I enjoy the humour and I don’t mind the Porgs (little bird things) or the caretakers. The humour is very Star Wars – and I like it. It can even be found at the end when General Hux is reduced to repeating the orders of Kylo Ren but with added shouting. Even at that tense moment there is a little humorous double take from Adam Driver. I love all that.

So what the hell are you bitching about Bolt?

Well, there’s the middle of the film –  but it’s more than that, much more. The middle of the film resembles an episode of Battlestar Galactica interspersed with an episode of Firefly but with bigger budgets and less care. Finn and Rose are sent away on a mission that has no appreciable effect on the film, the plot or them. If you take it out and write a small minor scene putting the two of them together then you come out with the same result. The middle of the film is a nonsense. It sets up characters and questions that it clearly has no intention of developing or answering.

JJ Abrams and his crew are taking us down the Lost route. Or, down the prequels route if you will. I strongly suspect that lazy writing is setting up problems further down the line.

When writing Science Fiction or Fantasy there is one hard and fast rule. Don’t break the fucking rules.

You can make the rules anything you like but once you do then you have to stick to them. It’s the only way your story stays believable. It’s the only way your story will carry us along and keep us watching. Once you break the rules we don’t hear the explanation. It’s just a lot of blah, blah, blah because a viewer is smart. We know when it means something and when it doesn’t. If it doesn’t mean anything then why should we watch?

And I don’t trust Abrams.

An example, you say? Okay. Snoke.

Snoke is the Supreme Leader – he has been behind events for two films. Mysterious and distant. Powerful and intelligent. He is the Emperor in all but name.

Within thirty seconds of him explaining how his powerful mastery of the force allowed him to deceive both Rey and Kylo Ren, within twenty seconds of him explaining that Kylo Ren could never betray him in return what happens? Kylo Ren deceives and betrays him, that’s what happens. Snoke dies more easily than a monster in Jabba’s pit, or even Jabba himself come to think of it. We don’t know where he came from, we don’t know what his powers really were but it doesn’t matter now because he’s dead.

In an interview Rian Johnson stated that it was not important to him in this movie. That knowing who Snoke was did not have any impact on the film he was making.

Sorry Rian, you’re just wrong there. We need to know what the jeopardy is for the characters. We need to know what choices they are making and what struggles they are going through. Snoke was just a CGI ex-machina device at this point and now when I see him there is no sense of menace, no sense of anything at all.  The scene on Snoke’s ship, when Rey is finally brought before him is a near carbon copy of the end of Return of the Jedi. But Return of the Jedi carried actual menace. The Emperor managed to be more malevolent sitting still and talking than Snoke was with all his displays of power.

And then he dies.

I won’t go into the fight that takes place after that – it looks like a dance routine more than it does combat. Red-armoured guards who seem to be wearing something that can protect them from weapons that resemble light sabers but not from light sabers themselves. Again, more rules broken.

The fact that the escaping ships can be spotted using a de-cloaking scan – A fucking what? Oh, forget it. What was the point of having them able to be cloaked in the first place?

They can track us through light speed.

But only one ship at a time. Only the lead ship can do the active tracking.

What if we blow it up?

Well that won’t work because then another ship will be the lead ship.

So, basically, the technology that allows this is the words ‘lead ship’? Do give over.

There seems to be such a penchant for astral projection in this film I am surprised that anyone even bothers to use communications channels at all and whilst I am on the subject can someone explain to me that if darkness and light are in balance then where are all the dark side force ghosts? Where the fuck is Darth Maul when Ben needs a bit of advice?

I could go on. There are so many examples of lazy writing that I could fill blog upon blog. Yes, we might get answers to some of this. Rey’s parents? Don’t know. How did Kylo Ren manage to deceive Snoke but fail to spot that Luke wasn’t even there? Dunno. It might get explained in the next one. We might find out who Snoke was. We might find out that he was the old Emperor back from his holidays. Or that he was Luke’s other uncle, or… we’re not going to are we?

Here’s my prediction – most of this just won’t get explained at all. Or it will get explained with some midichlorians type of nonsense. When a jump to light speed lets the characters escape next time then that’s what will happen – they’ll invent some kind of counter-tracking-widget-bollocks instead of actually just thinking about it.

And before you say anything I know this isn’t real. I’m not getting into the laws of physics here – not expecting it all to make perfect sense. But it has to make sense on its own terms or why the hell would we bother? They called this film the last jedi and then promptly made it clear at the end that said Jedi was not Luke Skywalker -we can’t even trust the bloody title.

It is my fervent wish that this is a long term strategy – that they are clearing the decks so a new and more coherent Star Wars can emerge. By getting rid of the legends they allow the mythos to come to the fore. The universe they have created becomes the main character. That’s my wish. I don’t think I will get it, because I don’t think they have the discipline to write those films.

At some point in the future I foresee an accumulation of bad decisions and lazy writing forcing me to abandon Star Wars which is a bloody shame – because I no longer have any excuse to get a prescription for oxycodone.