I work with young people a lot and some of them have had a pretty rough start in life. I could tell you stories but.. well, those are their stories to tell not mine. The thing is though that whether the young people have had all the advantages in life or not I have noticed a disturbing trend. More and more of them have not seen Star Wars. It used to be that in a class of 30 you would have 16 who had seen Star Wars –

and I hate to say this dear reader, but that number has fallen – and it has fallen by a significant amount. We were working in a school in Drumchapel. Glasgow…

To Scottish readers I will not need to say more than Drumchapel. Billy Connolly used to mention it in his set. It was the very epitome of poverty and it is better now… but not that much better.

The class had about 28-30 kids in it. All taught by a young, good-looking Irishman named Michael (obviously) who had made a film with them the year before – and that film had won a prize – we were part of the prize. For a single afternoon we brought along the big cameras and tried to show them a little of what it is to be a film maker. It was tough going.

One of the kids (We’ll call her Senga) was so gallus (Glasgow word, look it up) that she could hardly function in normal conversation – seriously, she had such a compulsion to be a smart-arse (she was 10) that it was nearly impossible to get a conversation going. I shall, naturally, give you an example. We set them a task.

You have five shots to convey a single word. You can’t use that word verbally – you can’t write it down and show it. You have to think of a way of showing that is entirely visual. Senga was in a group of five or six. Their word was ‘Lost’.

So we set all six groups, including Senga’s, to work and some of them started furiously drawing pictures and writing down what they would do – but not Senga’s group. In fairness, they might have been ready to do it but just having Senga there rendered the task impossible. She wasn’t about to let a single statement or idea go unchallenged. So I went over to help them out. I wouldn’t be giving them ideas but if I could just tease some out of them…

‘What word is it?’ They whispered it to me – Senga, eyed me with suspicion, ‘Lost’

“Right, well what if you lost something? What would you do?”

Blank stares – as if the concept of losing something had never occurred to them and seemed unlikely ever to happen.

“What would you do, say, if you lost your schoolbag?” Enter Senga – this chat has gone on long enough.

“Okay then – what if it was something you really cared about?”

And I cast my eyes around them all, trying to think of what these small alien creatures might give a shit about. And all I could think of was… 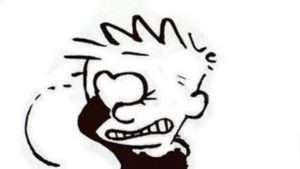 “What would you do” I asked “If you lost a tenner?”

I looked to the ceiling and wondered ‘Were we like this?’ And we probably were. I know I was a smart-arse in p6 and probably at other times as well, but I think these kids are different in some regards – they have more, but I think they see less. For all that Senga has a big mouth and the occasional barb, for all that she access to the whole world through her phone she actually seems less aware of the world – and of what things mean.

I am not berating one little girl – she is merely an example of the many that I see – there are some who have harnessed the power at their disposal but they are few and far between. The others seem content to stare into their screens and somehow contrive to see nothing.

Which is why we try to teach them film literacy – how to look at a work and see what else there is apart from the obvious. To see what lies beyond the flashes, the explosions and the kisses.

In that Drumchapel class less than  5 of them had actually seen Star Wars and even those that had seen it had not really seen it.

What do I mean? Well, before you go congratulating yourself on your random superiority think of this ‘Have you REALLY watched Star Wars? Here’s the opening 3 minutes. It is a master work of film making.

So much is achieved in these 3 minutes I no longer feel guilty about loving this film from the very outset. For all those people in my life who have no idea what I do for a living here is a small sample of it, with a few ideas of things that I see when I watch this movie. The points made are nowhere near all I could talk about but they give you a hint.

I could talk about the sound design as they wait to see what comes through the doors, I could talk about the shadows that fall across the ship as it is consumed by the larger vessel. It’s a perfect example of efficient story tellling. Star Wars. First shot is people having a war with the backdrop of the stars – it doesn’t come much more efficient than that.

But for Senga (and many like her) it seems that the efforts made by film makers are almost beneath her. I’ve seen this time and time again in classes – the skills of the film maker go entirely unseen. Star Wars is a fairy tale and it has layer upon layer in its construction. But if I were to ask what it is about I would get…

I don’t know what it is but the generations unfortunate enough to come after me seem to be missing out on their Star Wars moment. When the film came out originally it took months to get here from the USA. I had read the bloody book of the movie before I saw the movie. I remember it well. I spent hours looking at the 16 pages of photographs.

And that meant trying to imagine the movie before I had even seen it. I was playing the film in my mind and then watching it on a screen made all the bigger because I was so small. It was utterly enormous and transforming.

But now Senga watches things on her phone, or on a laptop or a tablet or (rarely) a TV. I asked a class yesterday what their favourite movie was – and got hardly one answer. Granted that these are not kids blessed with self-esteem or skills in public speaking but when asked ‘Okay, what was the last thing you watched?’ one lad answered with a fight clip from Facebook and most of the rest cited youtube.

Subtext, layers of composition, craft… all of these things are being diminished both in the written word (you want me to read??!) and in the moving image as the smaller screens take over. We are not getting art from these devices – they are merely distractions that do not expand our minds but shut them down. The constant babble a replacement for the difficulties of thought.

“All of humanity’s problems stem from man’s inability to sit quietly in a room alone.”

Those distractions are cheaply made. Two gamers playing Minecraft costs very little to produce and edit. What need have they for precision lighting or exact camera placement or complex sound design so that the movement behind the door reminds us more of an enormous beast than it does of machinery? They have no need. None at all.

It is then monetized – with each view being very cheaply paid for by advertisers.

But these are only the financial costs – the true costs are much higher and altogether unseen.

Attention spans diminishing, standards on a race to the bottom so that we can have ‘views’. In the same way that we have lost that passion for reading in many of the young so we will soon lose the ability to watch and understand an entire movie. Subtext will cease to exist for many.

Senga and her like have access to everything and so value nothing. Her media consumption comes in gobbled chunks that have no mental calorie content and instead of being satisfied they simply leave her needing more.

Of course, her Mammy can always get her anither wan.

One thought on “Things Unseen”